G-Power has presented its new preparation: the BMW 850i xDrive, which acquires the nickname of G8M Bi-Turbo and much more power.

BMW M850i ​​xDrive G-Power: how to dethrone the M8 before it arrives 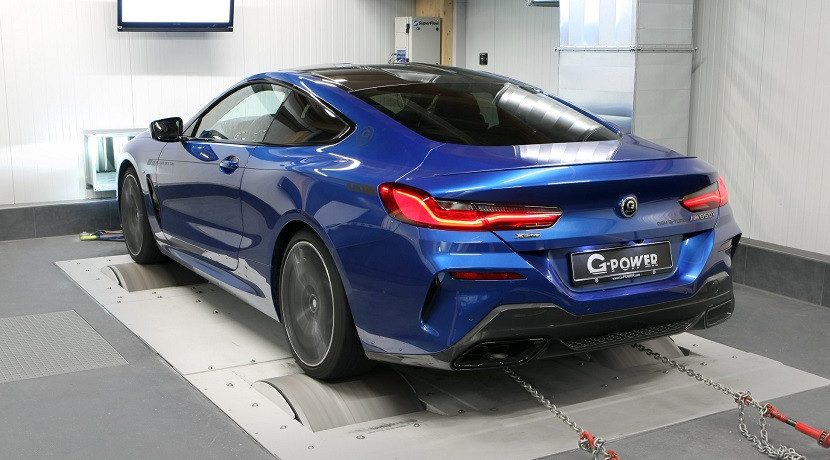 Not that the BMW M850i ​​xDrive is precisely slow, but for those who can not wait for the M8, G-Power has presented its new creation: the G8M Bi-Turbo strong>. A car whose performance promises to unseat the Motorsport version of the 8 Series, even before it hits the market.

The M850i ​​xDrive, is currently the top of the range in the newcomer Series 8. The factory specifications of its turbocharged 4.4-liter V8 engine are 530 hp and maximum torque of 750 Nm from 1,800 to 4,600 rpm. To overcome these figures, G-Power is not working on one, but on two preparations, which as usual are called Stage 1 and 2 .

G-Power has not yet detailed how it will achieve these power increases. It may be a simple ECU or maybe replace other parts such as turbo and/or collectors. What is certain is that these modifications include a new exhaust system more sports and sound.

What we can also say with some confidence is that the BMW M850i ​​xDrive Modified with Stage 1 or 2 will be very fast. Maybe even more than the M8 that is coming. One way or another, we'll find out sooner or later ...

BMW 850i xDrive prepared by G-Power may outperform the M8. At least until the same trainer works his magic also with him. If not, look what you've done with the Mercedes-AMG E63 S. No less than 800 HP and 1,000 Nm of torque to make it a real missile. You may be interested
18.02.2020 Author: www.autojunctionllc.com
Views:
Menu
Info