This is the BMW 3 Series L, the long battle body created for the Chinese market. It has 108 mm more wheelbase than the 3 Series for Europe. 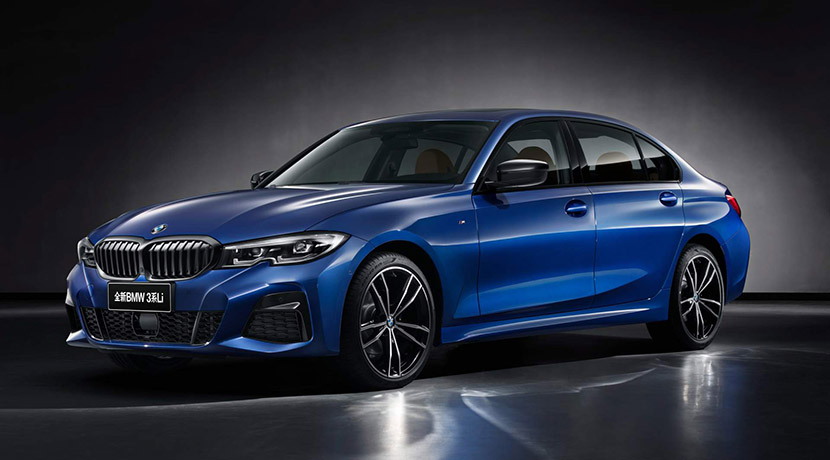 You already know that in the Chinese market are common bodies of long battle . The client looks for a large space for the legs in the rear seats and, as it is a market of great importance for all firms, including European, the manufacturers do not resist to develop bodies with a longer wheelbase to satisfy those needs .

The BMW 3 Series was officially unveiled at the beginning of last October, and one of the most important new features of this seventh generation is the biggest size. The German saloon grows 85 in length, extending the battle by 41 mm to reach the 2,851 mm . You can see that those extra 4 cm compared to the predecessor model were not enough to satisfy the Chinese market.

In this way, the BMW 3 Series L developed for these customers increases its length total to 4,829 mm , with wheelbase extended to 2,959 mm . Practically 3 meters of battle so that the occupants of the rear seats travel with a large space for their legs. In this way, the obtained battle is very similar to that of the BMW 5 Series marketed in Europe.

The unit that appears in these two images corresponds to a BMW 3 Series L in 325Li version. And yes, as you are seeing, use the exterior package M that brings that dynamic aesthetic to the German saloon on all four sides. Its production is not made in Europe, but comes alive in the plant that BMW Brilliance Automotive has in Shenyang.

Just in case, you ask, the normal battle 3 Series, The one that is commercialized in the European market, will not be sold in China. There will only sell the BMW 3 Series L , which will fight against the extended battle versions of its same rivals in Europe, ie the Audi A4 L, Mercedes CL Class, etc.